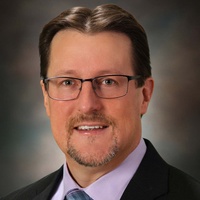 Chad has been a resident of North Central Ohio since 1985. He graduated from Clear Fork High School in 1988 and earned his Bachelor of Science degree from Kent State University in 1992.

At the founding of Compass Financial Strategies (originally Compass Insurance & Financial Group), Chad returned to his roots in financial services, eventually bringing on a partner to manage the property & casualty insurance. He is able to provide a broader array of products and services than he had been able to as a captive agent, including fee-based financial planning and investment advisory services. He is licensed in Ohio for Property, Casualty, Life, Health, Accident and Variable Annuities, and holds securities registrations 63 and 65.

Chad has been a member of Million Dollar Round Table, Society of Financial Service Professionals, Ashland Board of REALTORS®, Ashland Area Chamber of Commerce, Leadership Ashland and other community organizations, and is active in his church as well. In 2016 he founded the Successful by Choice chapter of BNI, and currently sits on the Mental Health & Recovery Board of Ashland County.  He resides with his family near Ashland.

The RICP® is the property of The American College of Financial Services, which reserves sole rights to its use, and is used by permission.